Courage is a virtue recognized in every culture. 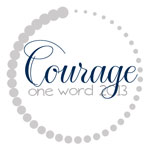 Courage is not simply one of the virtues, but the form of every virtue at its testing point, which means at its point of highest reality.

A chastity or honesty or mercy which yields to danger will be chaste or honest or merciful only on conditions.

In The Mystery of Courage, author William Ian Miller asserts courage is unique among the virtues because it is the only one where stories of its opposing vice are less gripping or tantalizing than stories of the virtue. ;}

This is a story of my rediscovering courage.

There are two kinds of courage: physical courage and moral courage.

Both types, as General William Sherman observed, involve a full awareness of the risk involved, and a willingness to endure that risk.

There is an additional, third element within moral courage, and that is a driving motivation of some deeply-held principle.

When, at the end of December, I designated 2013 as a “Year of Courage” for me, I was not looking at these definitions.

I could not tell you what danger I felt was arrayed against me, or the mental math that I undertook to decide what made the risk worthwhile, or even what risk I felt I was taking.

What I could tell you is that months off of a two-year depression I was still a fearful person.  Not consciously, but pressed by a friend I admitted that I made most of my decisions primarily through the matrix of safety.

I did whatever I could to minimize every kind of risk, but it didn’t make me feel any safer, only claustrophobic.

Then, during Thanksgiving break, I read a blog post that made me ask, “What could I accomplish if safety wasn’t my primary objective?”

That paved the way for my decision to focus on (what I called) courage: to think about my goals first, and not (in the beginning) about cost or difficulty.

I was reading G.K. Chesterton’s book Orthodoxy through December, and he had this to say about the topic:

Courage is almost a contradiction in terms. It means a strong desire to live taking the form of a readiness to die.

‘He that will lose his life, the same shall save it,’ is not a piece of mysticism for saints and heroes. It is a piece of everyday advice for sailors or mountaineers. It might be printed in an Alpine guide or a drill book.

This paradox is the whole principle of courage; even of quite earthly or brutal courage.

A man cut off by the sea may save his life if we will risk it on the precipice. He can only get away from death by continually stepping within an inch of it.

A soldier surrounded by enemies, if he is to cut his way out, needs to combine a strong desire for living with a strange carelessness about dying.

He must not merely cling to life, for then he will be a coward, and will not escape.

He must not merely wait for death, for then he will be a suicide, and will not escape.

He must seek his life in a spirit of furious indifference to it; he must desire life like water and yet drink death like wine.

This, Chesterton says, is the Christian courage: a disdain of death.

I found these words inspiring. I was recovering from a long illness, didn’t have near enough strength to pick up any sword to join a fight, but I loved the fierceness of scorning death while I pursued life.

Shortly after Thanksgiving I got a call from the woman who organizes the local Sing-it-Yourself-Messiah.

I had just sung a special in church the week before, and when I reviewed the recording I was extremely disappointed, because my voice sounded so small and weak. I mentally dismissed the kind words of everyone who had thanked me for singing that piece.

I figured they didn’t know their music (I’m sorry! I keep telling you I wasn’t healthy!), or were reliving some personal connection I was happy to resurrect for them, but I didn’t find the quality I wanted.

The woman who called wanted to know if I could sing one of the solos, since the woman she’d expected to do it was out of town. She had no way of knowing, but the piece is my favorite solo in the whole oratorio. I started practicing. The text is taken a passage from the book of Isaiah in the Bible.

O Thou that tellest good tidings to Zion: get thee up into the high mountain. Lift up your voice, be not afraid. Say unto the cities of Judah: “Behold your God!”

There is something about singing that piece—from the words to the quality of the music—that make it impossible to do half-way.

“Lift up thy voice, with strength: lift it up; Be not afraid!”

And the more I repeated it, the more excited I became. It really felt like I was coming alive again.

At this same time I was on-assignment for an infant publication.

I was supposed to produce material that talked about my depression. Something I hoped would help other women stuck where I was.

And I was buried in inadequacy.

When it comes to mental and emotional health, I’ve only got the education I’ve given myself: I haven’t studied under anyone to “check” my work or “approve” my discoveries.

This matters because I was still in recovery from the I’m-less-than-anyone brokenness of depression. To assert anything based primarily on my experience felt like dangerously thin ice daring me to step on it, just so I’d crash through to icy waters.

My experience felt so isolating and at times self-inflicted (or at least self-sustained) that the idea of offering counsel to broken, hurting  people… {sob} was overwhelming.

The weight of that responsibility made me feel like the character in my favorite novel, who couldn’t understand why she was the only one present to comfort an isolated friend. Over and over she wished that God had sent someone else. “Surely that’s the least God could have done for him!”

I decided I had enough on my plate, so I dropped my involvement in The Messiah.

But I kept practicing my favorite song, repeating over and over the admonition to speak and “Be not afraid!”

It shifted something in me.

My voice—the voice that can belt—grew stronger, my pitch stabilized, and my confidence started to peek out of the cave it’s been hiding in for the last few years.

I mean real confidence, the kind that says I’ve got as much right as anybody to stand here. Not the kind that just knows the right way to act. I’d been scraping by with the second kind, so I knew the difference.

There’s another song that came back to me at that time, with these words written as though God is speaking:

Don’t watch the waves that roll the sea
just focus your eyes on me.

And I will make you strong and then
your shattered courage I will mend.

I have felt shattered, felt like the pieces were stepped on by thoughtless people around me, and sometimes the most-sustaining hope I have comes from remembering—especially time of year— that Jesus was broken, too. He was  isolated, denied justice, and beaten down by people who, he said it himself, had no idea what they were doing.

It was Chesterton, this time speaking of Christ, who said,

The only courage worth calling courage must necessarily mean that the soul passes a breaking point— and does not break.

Rushworth M. Kidder, author of the book Moral Courage, lists five elements that provide the necessary strength to endure (that essential element of courage), and one of those is faith; trust & assurance in a power greater than one’s self.

I can’t fully define what I endure (through or with) as I pursue courage in my life, but I know I’ve passed a breaking point, and though shattered, I’m not scattered. Somehow all the pieces have held together.

But it’s more than a “somehow.”

This Jesus who is my hope and example, He is described this way:

He is the image of the invisible God,
the firstborn over all creation.[a]
For everything was created by Him,
in heaven and on earth,
the visible and the invisible,
whether thrones or dominions
or rulers or authorities—
all things have been created through Him and for Him.
He is before all things,
and by Him all things hold together.

I am being held together. On-purpose. For a purpose. And that purpose undergirds my growing courage.