And maybe lies is too strong a word, but for ideas and concepts that have nested deep in me (some over decades) sucking life like unrecognized parasites, I’m not sure I can come up with a strong enough word.

There’s a lot going around now about making significance for (of) your life, whether it’s Don Miller’s book about telling your life-story on-purpose, Jon Acuff’s blog (no, not that blog), and now in Jeff Goins‘s just-released ebook (the opening story, no less).

The emphasis is on our deeply felt hunger to matter. To “put a dent in the universe.”

But the problem I find (here comes my sexism) is that these words are being written by men, and therefore (again displaying my assumptions) define success in terms of observable achievement.

As in widely observable.

And yeah! I want those things.

But it comes down to the cost.

These men-writers use cost as a challenge (in their sphere, rightly so, I can see where it makes sense). But I see it as a check. A reason to pause.

I discovered this poem last year, and especially with my affinity to Old Tales, I found it a sober warning.

Fairy tales are full of impossible tasks:
Gather the chin hairs of a man-eating goat,
Or cross a sulphuric lake in a leaky boat,
Select the prince from a row of identical masks,
Tiptoe up to a dragon where it basks
And snatch its bone; count dust specks, mote by mote,
Or learn the phone directory by rote.
Always it’s impossible what someone asks—

You have to fight magic with magic. You have to believe
That you have something impossible up your sleeve,
The language of snakes, perhaps, an invisible cloak,
An army of ants at your beck, or a lethal joke,
The will to do whatever must be done:
Marry a monster. Hand over your firstborn son.

I feel a deep gravity– a warning from all the Old Tales– when I hear writers (another is Heather Sellers) emphasize the need to commit fully.

Generally I take these as hyperbole, because I like to think the best of people, and I have to imagine that healthy, aware individuals will be divertable from their single focus if the price becomes too high.

And it is the awareness of how high cost can go that keeps me from using that language.

Nevertheless I find myself (embarrassingly) susceptible to the call.

And sometimes I try to use that emphasis on self as my reminder to focus on something a bit more enduring.

There is a story that haunts my memory, and I cannot remember where or when I read it, but some stories have tentacles, and this is one.

In it, the narrator goes in a dreamlike state to some form of afterlife, where he meets a cheerful young man who turns out to be the builder of a sturdy stone cottage.

The narrator discovers that the builder lives on in this afterlife relatively content, along with every other creator of excellence whose work survives in our world. As long as it survives.

The message is that when your work no longer endures, you yourself cease to exist.

This is further emphasized when the builder points out that his descendents have been repairing and improving the cottage to the extent that eventually (the builder reluctantly accepts) there will be nothing left of his original, and then he himself will cease to exist.

Another point driven home was that his wife, though an excellent cook and baker, could not endure with him because every scrap of food and piece of bread was eaten long ago.

And so nothing remained to endure.

That story haunted me (unconsciously) for years. I eventually traced back my need for a physical legacy to the unrecognized fear and tension I felt upon consuming that story.

And now I have to call it a lie.

It plays on all our (very human and very real) fears about existence, and mattering and making a difference. 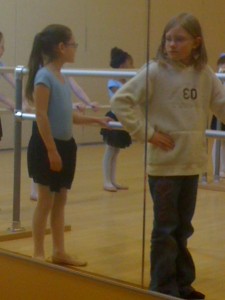 You do not just have a soul, you also are a soul.

The people you feed (or provide for) are not fed just physically by the work of your hands.

There are some “fairy tale requirements” that I feel up to facing, but I always hope to stop short of the last two. The people I live with are my first sphere of influence, and if I will sacrifice them to reach a larger audience, how is that not training to sacrifice the next audience for a larger one?

After all, dishonest people are seldom dishonest in only one area of their lives…

I hope this is all theoretical, and of course I’m not accusing anyone of being unhealthy in the pursuit of their goals, but I think it’s important to have multiple definitions of significance, and endurance.

And the reminder that not all of those definitions involve your name being remembered.

Read then — of faith —
That shone above the fagot —
Clear strains of Hymn
The River could not drown —
Brave names of Men —
And Celestial Women —
Passed out — of Record
Into — Renown!

I want influence now, and I read books like these, thinking how I can best apply myself. But at the same time, I don’t want to limit myself to these definitions, or listen to my heart’s accusation that I haven’t done enough, or tried hard enough when things don’t go as I hope.

Forgive me for stating the obvious, but there will be times when everything we can do is not enough. There will always be more to do– even if we can’t do it.

And while the voices around me say it’s because I don’t want it enough, that’s the lie. Some things really. aren’t. possible.

And that’s what I don’t hear anybody saying– nobody encouraging, anyway.

I will never be 6 feet tall. Ever. No matter what I do.

But I can take joy in that, knowing my Creator, and resting in the truth that fulfilling my purpose will have no need of my being tall.

I can strike all tallness-required purposes from my playbook. They don’t apply to me.

Yes, there are some people who need the You can do anything! cheerleading, but here’s what I need to hear, and I offer it to you too:

We all have things we were called NOT to do.

Ability is not calling, and (by the kindness of God) it is not requirement.

Being the best we can be is not the same as being everything we could be.

5 thoughts on “Words That Go Down Deep”