Did I mention I met some of my characters in real life? 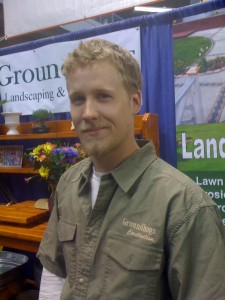 Here’s Tykone. A smidge older, perhaps, than in the book. And lacking context. He was not a lot taller than me, which was part of what flagged me I’d found Tyko.

Yes, I told him why I wanted his picture. I’m sure that contributed to the bemused face (and this is the second one. I barely had the nerve to ask him to take off his work hat, but this was the look I wanted). How many times do you get someone saying (yes, I was squirming inside) “Can I have your picture? You look just like one of the characters in my novel.” 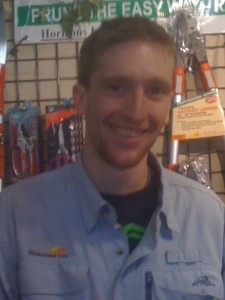 And I totally guessed this guy’s right-age based on Rickard’s story-age.

The light was bad, but I was just glad to see him and get the nerve again to ask for a picture.

This guy asked (which I actually appreciated) if his character was good. And I (not wanting to lie, but also not wanting him to change his mind) said that Rickard tries to be. That his methods aren’t always the best, but he really does mean well.

Which is completely true.

It would totally be a Fear Factor kind of experiment, but I’ve considered bringing my good camera (and an official card/photo release) to the fair this year.  Once I snapped the second guy (all I had was my old iPhone, and the light was dismal) I kept noticing all the fabulous faces around me.  So much more interesting and deep than the stuff you find in a magazine.

And good-looking, too.  I mean, both these guys are good-looking, but I’ve never seen either of them (or their types) in print so I was thrilled to see them in person.

Maybe my natural enthusiasm/gratitude would make other people feel special?

I hope it could.

The only problem, of course, is that no one sees themselves as a supporting character…

4 thoughts on “Tykone and Rickard”