So I think I really understand for the first time this “good writing vs. good storytelling” dichotomy.

And I think this has to be an intensely personal thing, like your favorite salad, or something.

You see, salad isn’t like ice cream. Most people have a favorite kind of ice cream but not everybody eats salads. But as a former non-salad eater I suggest that the right salad kinda gets you started and you can start to look at green stuff with a little more acceptance.

Some people griped about the first Harry Potter book (I wasn’t one of them). More people criticized the whole Twilight series (I haven’t read them). And talking fingers filled essays with how such “horribly written” books could appeal to so many people. The short answer can be summarized in three words: Story trumps all.

I rolled with it. I didn’t really care. But I’m a story-lover first, and then a writer, so maybe the conclusion (STA) absolved any offense I might have considered taking on. 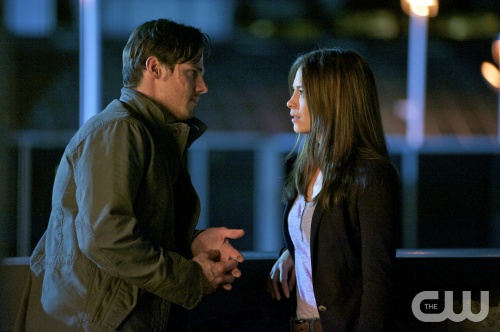 But now I’ve got my own example/acceptance, and a bit of analysis.

I’ve been watching the CW’s Beauty and the Beast since the pilot (I’m sure it was Ruth who informed me of its existence- though I can’t find the post just now- I didn’t even know we had CW before I started looking for more info on the show).

Beauty and the Beast has nothing like the best acting and writing I’ve seen on TV (Hmmm I’d give that to Chuck, Sherlock, Castle and Life.), but it hits my sweet spot on storytelling: good dilemmas and reliable relationships. This kept me coming back.

You’ve got the loyal friends, connected family, clear objectives (centering it around a body-of-the-week helps with that), and while the overarching stakes are big and mushy, the episode choices are tighter.

This jumped out at me today watching the mid-season finale.

Too often I think TV previews get it wrong by showing their main characters in the next-episode’s peril.  One of the first things I taught my kids about stories is that the main character doesn’t die. (At least in anything they’ll run into soon.)

We’re all savvy enough viewers to know implied peril isn’t going to result in (physical) death, so what other risk can we play on?

B&B previews have gotten better about making the tension about what problem the main character(s) will have to solve. What rock and hard place they’re stuck between. 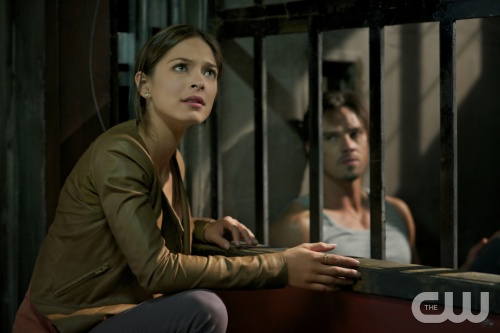 In the beginning it was weak: Will Catherine tell Vincent’s secret? {yawn} We know she won’t b/c that would kill any chance for a relationship the writers are obviously working toward.

We started to solve the mystery of the Malady (which is much more interesting to me than Vincent’s random “beastliness” merely existing to interrupt the story or show what a “soothing influence” the leading lady is).

The cliffhangers were more about relationships– the questions about how the characters would protect their relationships, rather than about their lives.

And being me, I loved the built-in assumption that relationships were life, worth protecting. That threatening them was a Big Deal.

And I like how the show hasn’t (yet) degenerated into stereotypical soap opera angst and delay. The “cliffhanger” questions that exist for tension in the episode ending (“Was I imagining she was into me since I just saw her kiss another guy?” “Was he rejecting me by not showing up for dinner?”) are resolved in the early minutes of the next.

Nobody stews in their own juices making problems bigger (this I adore) and angst is blessedly brief.

The Main Characters are attracted to each other, and the distance they maintain while being so into each other plays out awkward in the modern television context– and this might be what I’m interpreting as bad acting. Some of the time.

I appreciate the relative innocence of it. Once you know (trust the Story conceit) that they’ll keep coming back together, you don’t have to root for a physical coupling and might even hold out hope (I can dream can’t I?) that some show will get the marriage/sex order right.

Because you know any modern show that lasts long enough will probably have a bedroom scene.  {disappointed *sigh*}

The cliffhanger question closing the mid-season was my favorite so far. I thought it was downright brilliant:

The choice: V is no longer human-looking. Cat’s life is in danger. He will have to risk his safety/identity or her life.

Again, the prediction’s pretty clear (like Cat’s, above), but I like this one better because the ripple of choices is more significant.  We know all the players and can guess at their interaction. 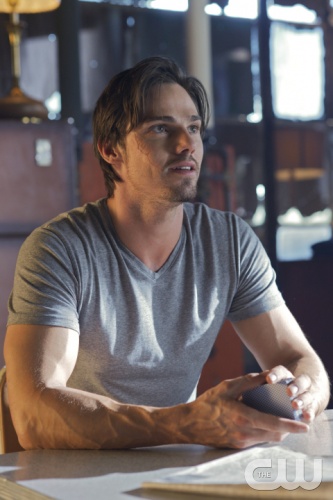 My prediction: Vincent takes them the wounded Cat, thereby revealing himself.  Because he’s helping her he gets at least a “neutral” card to begin integrating with the tight circle that surrounds Cat.

This makes for more (storytelling) possibilities, because up to this point there were only two people interacting with half of our main-character set, and that really reduces your web of action.

Chances are there will be the obligatory two-decent-guys-don’t-like-each-other episode ending in an If You Ever Do Anything To Hurt Her. Which would be an interesting choice, since up till now Evan has been played very smooth and non-threatening.

As in, nearly unbelievably so, but I understand the writers not wanting the fan base creating alternative pairings. I think the latest trick of hooking Evan up with Heather, with Cat’s blessing, is a clever effort to work against that. 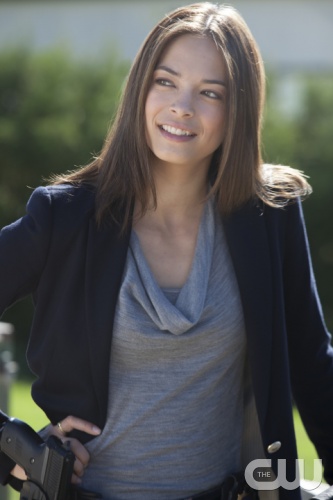 Another useful angle shown in the trailer is Vincent running into a woman from his former (pre-declared-dead) days. It’s been pretty unfair that the “adorable Cat” has two very nice guys around, and V’s sorta stuck in a tower, so I’ll be curious what twist the writers come up with that makes him able to interact with more people consistently.

Perfect world (my kind of storytelling) would have the resigned (and DNA-researching) Evan joining forces with with V’s physicist roommate to work on V’s cure– though I don’t mind if they don’t get it figured out first season. Unless there’s only one season.