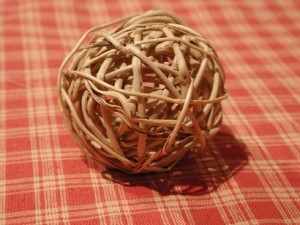 Better is a funny word.

It can designate improvement (“I’m feeling better than I did yesterday.”) or it can say you’re done with what ails you.

“Do you still have the flu?”

I’ve been dealing with depression in some form or other since June of 2010 (When it smacked me upside the head, and that ‘others-have-it’ problem became mine).

The first two years were pretty solidly bad depression. I started with my first counselor within two months of symptoms showing (which I’m given to understand is unusually good. I credit a combination of Becky pushing me, and good insurance coverage).

I went through a couple counselors before finding a good fit (and no longer have the good insurance), but I recognized counseling’s benefit, even when it was uncomfortable.

Being able to receive instruction or derive benefit from “less-than-ideal” should not be a life-sentence to be stuck with it and “appreciate what you have.” If anything, the miss-matched individual ought to get extra points for humility and the openness to persist into usefulness. {GRRR}

What I ran into a lot was an attitude my chronic-illness/chronic-pain enduring friends continue to face:

Suffering can be very isolating, because [outsiders] are often afraid of seeing people suffer in ways they can’t fix. Sometimes things aren’t ok, and aren’t likely to be ok any time soon, if ever.
Found here

We are surrounded by people who don’t want to see us suffer (this is a good thing) but who may also (not good) end up in their own denial about the situation, and try to bring us with them.

If we refuse to come along for the ride (nope, already worked that stage of grieving), we become the difficult ones, and have to deal with disappointed other-people along with our disappointed selves. But there is a better way.

Also from that post:
If you’re not trying to make [the sick person] feel a different way, you’re willing to acknowledge that things are hard, you’re listening to them, and you’re treating them with respect, you’re probably doing fairly well. Even if you sometimes say the wrong thing.

In the early months of my illness, I had different responses from people. Some tried to empathize, some tried to ignore it, and some tried to tell me I was wrong for being sick.

My ability to endure such clumsy ministrations hinged entirely on whether I felt respected. More often than respect, I felt treated as an inconvenience, especially when I didn’t sort myself out in a timely way, and wouldn’t affirm their efforts to connect.

This last is something I’m only able now to put my finger on.

Depression can be really annoying for those around the depressed person.

For those making an effort to stay connected during this difficult time: Thank you. But. If you need encouragement or affirmation to keep going, look in the outer circle around your sick loved-one; those persisting like you.

Do not expect the sick person, who is using all her energy to get through that one-day-at-a-time, to suddenly look up and notice your great and successful effort to not run away from her.

She may occasionally have moments of such cogency, but to expect her to is to expect spontaneous sentence-diagramming from a kindergartener. That is, special training and aptitude and interest all have to converge– and this in a person who often thinks it’s too much work to brush her own teeth.

I am better now.

Both improved, and more whole-feeling than I have felt literally in years. There are many factors leading up to this, but one of them is medication.

Over the summer I tried three different kinds of medication with general practitioners before going to a professional who parsed through those trials with me, and helped me find something in a dosage that both works and doesn’t overwhelm me with side affects.

This is the fourth medication for depression that I’ve tried over the last three years. It is also the 9th iteration/combination (including dosage shifts) that I have tried.

That might look like a lot in print, but others have had an even longer and more-complex road than I, and I am so thankful for the result that the effort was worth it.

This was an example where not resigning myself to “good enough” really improved my quality of life.

So why do I share what some people would find embarrassing or too personal?

Because I have derived a great deal of personal benefit from a therapy that I’ve seen others ignore or deride.

And because I want to give what someone gave me.

If I hadn’t had a friend (more than 10 years ago) who confided her use of anti-depression medication, and how it affected her, I don’t know if I would have been as open to listen to other friends’ experience and consider it for myself.

She told me she was nervous, expecting the medication would artificially induce happiness through some unknown means, perhaps selective blindness or diminished awareness.

And it didn’t. It just took away the extra weight.

Ten years later we had another conversation where she calmly, and with what looked like a resigned gratitude, talked about her journey to a right-diagnosis and right-treatment. And how, ultimately, right-treatment is to help the sick person feel “normal.”

When medication is doing it’s job, you rightly forget it’s there. It brings things back to zero, as I like to say it.

The illness creates a deficiency, like bad eyesight, or an amputated leg. Treatment is designed to manage or mitigate that deficiency. Neither glasses nor artificial limbs have advanced to the place where they take over or greatly improve natural capacities.

And that’s how it is with medication. It makes up for a deficiency.

Yes, taking medication is an acceptance that something is wrong with me. But so is wearing glasses. 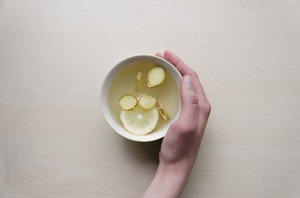 My eyesight has been worse than 300/20 since my first pair at 10 years old. And while I have prayed for 25 years that my eyes be healed, I have thanked God just as many times that I live in an age where a) the technology exists to allow me to participate in life, and b) that the stigma of using this technology is nonexistent in my world.

I don’t just say that to make an analogy; I really have and do pray that way.

For the people that find medication to be a life-enhancing, door-opening thing: I get it now.

One thought on “Better”