Knowing when to fight is just as important as knowing how. — Terry Goodkind, Faith of the Fallen

It takes too much energy to be against something unless it’s really important. — Madeleine L’Engle

Most of us know by this point in the game that fiction is about conflict. If there is no conflict, there is no story.

Because of my background and study of mental health, I automatically categorize the term conflict as Stress.

This is unfortunate on one level, because as a culture we haven’t quite made the necessary shift from Stress-as-badge-of-honor to Stress-as-something-to-manage-like-bacteria.

The word stress comes from an engineering vocabulary referencing force being exerted on a system, and knowing how much that system can handle. For example if an electrical system gets too stressed, that’s what a breaker is for: the system is switched off before it can start a fire in the walls.

Humans have no analogous breaker.

Instead our stress builds and builds until we recognize the stress (and/or its affects) and change the load on our “system,” or until we simply break (more and more researchers are beginning to posit this is where all sorts of disorders like depression, anxiety, or fibromyalgia, originate).

What does all this have to do with writing? 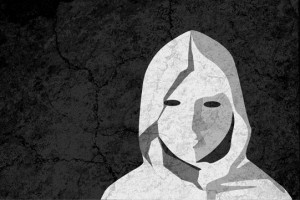 Well, the main reason I bring it up, is that the brain perceives all stress as real. That is, the brain makes no distinction between a traumatic memory, a suspenseful novel, or worrying about the future. Past reality, present fiction, future fear– your brain interprets and experiences them all as happening right. now.

And this matters, because I believe being aware of this will help you manage your plot-stress separate from your life-stress (though it would be healthy to take a hard look at that, too!).

So start with recognizing there are reasons you’re having difficulty making characters’ lives as bleak as necessary. Yes, you may feel protective of them, but you may also be protecting yourself. Remember this is your job (some of you) and a conscious choice (the rest of you), so remind yourself that some stress can be good: the type of stretching that makes you more limber and ready to face your life.

Conflict is an expansion of the concept we addressed on Day 8 of NaNo Prep, where I urged you to Pick Your Problem(s). You can build a conflict thread the way you build a story thread, considering a falling-domino path (forward or in reverse) of what surprises, or bad-decisions that could lead to more trouble.

It’s good to brainstorm a series of complications.  They can all come from the same direction, but then you end up with a story like a boxing match: two guys standing around hitting back and forth.

This is a tried-and-true method, and if you know how to make it interesting, go for it.

Other options include variations on the list in the last paragraph of day 8. Is the MC his/her own enemy? Does s/he have a frenemy? What about an enemy s/he doesn’t even know about or recognize because the villain is after the MC through a case of mistaken identity? (That last one sounds like fun!).

One of the most heart-wrenching (remember that’s supposed to be a good thing, here) conflicts you can put in a novel is when your MC has to choose between not just the hard-good and easy-bad, but two goods.

That is, if you develop your MC well, your reader will know what s/he values. Often new values are introduced over the course of the story, and MC must choose between two goods. In this way we come to understand MC’s hierarchy of values (how they change or don’t), or (my always-favorite) we get to see their brilliance as they take a third option.

Depending on your personality, your writing style, or the kind of story you want to tell, you can use the interchangeability of “conflict” and “stress” to amp up your story. Consider what creates stress in your own life. 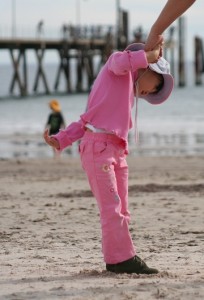 There is the obvious stuff:

In his book, Undoing Perpetual Stress, Richard O’Connor spends a lot of time unpacking the extent that stress has affected our modern lives. He says that one meaning of stress is being subjected to conditions you weren’t designed for (sounds like engineering again).

But since (as a whole) books in general and stories in particular are intended to bring light into peoples lives, we design characters that can withstand the conditions. They just don’t know it until they do, offering hope to us readers that perhaps we, too, have hidden reserves to fall back on– if the stakes are high enough.

O’Connor talks about that too, highlighting how a loss of personal meaning is a huge component of modern stress, how disconnection from other people and “the disparity between how we imagine our lives should be and how we actually experience them” weigh us down.

Every story is a fantasy, and through each story we get a moment of coherence in what seems at times to be an extremely chaotic world.

When you give a character something to fight for, you not only give him/her a reason to stick it out or do what s/he is doing, you also up the perceived value of that motivation with every hit your MC takes.

Yes. It was worth it. No, I’m not quitting. Here. I’m still pressing on.

What can you put your Main Character through to show how much s/he values what s/he’s fighting for?