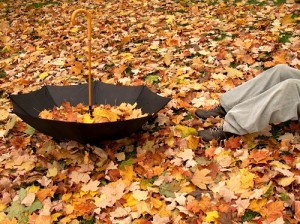 I put the words “verbal abuse” in the keyword search engine for my local library, and one of the titles it brought back was a grammar [correction] guide.

That made for a great joke on Facebook, but no one asked why I was researching that topic (in fairness, I research a lot of random stuff as a novelist).

One of my skills is what I call “instant extrapolation,” the power to see A and reach G very quickly. I am very sensitive to attitudes and approaches to life and theology that grow into gross misrepresentations of God and his character.

But you see that word, sensitive?

“Admitting” sensitivity in some environments is tantamount to saying your awareness is not representative and may, therefore, be written off.  “Most people are fine,” the math seems to say. “This is just a random data point. Doesn’t matter.” She doesn’t matter.

Having removed myself from an environment that contained mental and emotional abuse, I am already feeling stronger, but I have continued to wrestle with the language to articulate what I walked away from, and I struggle with the question of grace.

That is, I really don’t expect people to be perfect (I am too aware of my own imperfection), so how do I make the distinction between carelessness, or foolishness, and abuse?

I came across a set of words recently that was a huge help in this process.

A few years back there was a huge on-line exchange between some pretty big names in the Christian world, including The Gospel Coalition, Rachel Held Evens and others.

This post includes the relevant links, but also the illustration of that point that has become so important to me.

Words are my gift, but (as much as I joke about it) reading minds isn’t.

I will do my best to be not-unkind, but I cannot control my own ignorance.  I don’t know what I don’t know, so I assume I will hurt people at times. I wondered if this made me an abuser.

The people who hurt me are still at least acting clueless, so I couldn’t figure out the distinctions.

Then this post. She says many meaningful and relevant things, but summed up my own pain and frustration in these words:

My issue is that a violation has occurred and no one will so much as even own it. My issue is that I am hearing almost the exact same words in the exact same mentality and attitude that were spoken to me when I was personally violated and spiritually abused: “I didn’t mean for it to be offensive, so if you’re offended, you’re wrong.”

It made me think of a (disappointingly common) scenario in my own household.

One child will be waving a stick, or throwing a rock, or swinging a toy around like David’s sling, and it will “impact” a sibling who was equally oblivious to the activity as the perpetrator was of the other child’s presence.

I have witnessed the wounder trying to prevent the hurt child from coming to a parent, and, failing at that, accompany the child to loudly protest innocence, even as tears roll over a rising welt on the wounded child’s cheek.

“I didn’t mean to hurt!” is the unchanging refrain, as if intent will absolve them of the effects of reality.

“The fact is, you did,” I always say. “What you meant doesn’t matter any more. You owe him/her an apology.”

This is the missing piece.

Jamie Finch from The Fig Tree