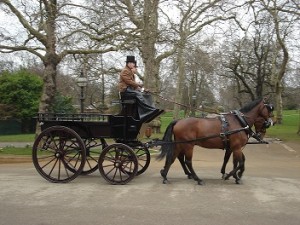 I found a “coach,” at the end of last year, because most of what I do with my counselor seemed to be coaching, anyway. I was looking for an “outside” voice and perspective that was sharing a brain/time focused on me.

Becky and I have talked about how this is the reason to hire someone: friendships are more mutual, and we don’t want to muddy those relationships to work through our issues.

The coach got me thinking about some good stuff, and some new angles on older projects that have been marinating for a while.

Then I got my heart stomped on, and I was back in the counselor’s office.

I had a double bomb in an exhausting 48 hours: First, someone I already guessed didn’t like me confirmed they didn’t like me, and second, someone I love very much– who has a degree in an industry not supported by our local economy– told me they were saving up money to move away to do the work they went to school for.

Both totally make sense, were almost predictable, and so it took me 4 or 5 days to realize I was deeply hurt and grieving. I was so scared by my response (it felt like my depression was returning- freaked me out and you don’t play around with that!) I visited my counselor the day before my coaching appointment.

The counselor gently reassured me that that this wasn’t my depression returning. She affirmed that I was grieving, and validated my experience that just because someone is a jerk, or someone has beautiful dreams that don’t need to include you, intellectual assent doesn’t necessarily change how others’ choices affect you.

Intent can be useful for forgiveness and decision-making (“I’m not going to hold a grudge.”) but it’s less helpful for things like grief and bruises.

Two of the interesting things came out of the coaching session:

First, the woman asked me to name an individual (real or fictional) that I considered “a Person of Power.” Someone I identified with. Before she finished casting her wordy (explaining what she meant) net I had my name. 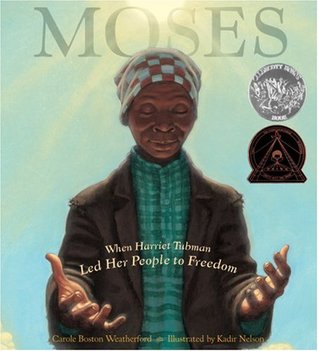 Here was a prophet, a leader. A strong woman who embodies the term so fully she makes the trope shallow and empty.

Days before I had re-read the kids my favorite picture book of Tubman, complete with the preface that numbered the slaves at 1.5 million in 1820, and jumping to 4 million by 1861. The book credits Tubman with freeing “as many as three hundred slaves.”

My breath catches at each of those numbers.

One of my freezing fears (there’s not a better word for it) is the enormity of any task I see before me. I don’t want to run a blog (with social media et. al.) that “reaches millions.” I’m overwhelmed at the mere thought of a “popular” author’s life.

But I’m called to write at a point in history where those things are part of the cultural expectations, definition, of success as a writer.

If I face-to-face encourage, disciple, teach, six people a year for the next 50 years, that’s three hundred (more) lives affected if I wanted to start keeping track, now.

I know it’s not me-alone, but I also know it includes me. And it is no small thing to be faithful.

A second take-away from that session was the homework assignment where she said to “find a connection, an opportunity three or four times before our next session, to consciously ‘honor a core bit of Amy.'”

I told her I had no idea what that would look like, but I’d try to keep an open mind.

The funny part was I mentioned this to Jay and his instant response was, “Oh, sure. Writing.” It was so obvious it made me feel a bit silly, but then, the way she said it felt as though I was to try something new, and I’m already writing every day.

Then, completely to my surprise, I think I experienced an example of that connection (some kind of honor or freedom, anyway) when I picked a fight with my parents after The Underground (Sunday night recovery-community church) a couple weeks ago.

This argument was enlivening and empowering, because for the last 8 years, when I would disagree* with someone (other than Jay) it was always scary.

I was always trying to be “good” and “reasonable” in my interactions, but I could not be untrue to myself. As a result I often tried to speak up when my spirit was sick at something.

That doesn’t mean it was comfortable or welcomed to disagree, just that I couldn’t pretend things were okay if I didn’t think so.

It was like growing up with siblings that you know, in a vague way probably love you, but when you least expect it, they pinch you. You might endure it, you might screak in surprise, you might even see tears in their eyes as your screak (or darkening bruise) bore witness to the small violence they gave you.

But you forgive, because that’s what you do. You hope they’re different this time. And they aren’t yet. Or yet again.

*note: it never reached what I would call *argument* level in those eight years. “Argument” being defined as emotionally engaged with no safety net other than the love of the combatants– which is why arguments can be so painful (the long fall) or productive (being caught affirms the strength of love, and provides the scaffolding to climb again).

The difference in arguing with my parents is that the net was enough.

For the first time in eight (or more!) years, I engaged with more than one person and did not feel cornered, attacked or outnumbered. I had raw spots, but I had the faith that the sooner they were exposed, the sooner I wasn’t the only one guarding them.

This is what family is for.

So you might say that a significant part of “connecting with” and “honoring” me, was affirming relationships that enhance my life in a meaningful way.

I already know I can write. That is no longer notable (without a direct compare/contrast going on).

I did need to be reminded I have support beyond beyond Jay. A good fight (where I was able to feel fully safe!) gave that to me.