Flanderization is the process by which a legitimate, often fully developed, character becomes a parody of him- or herself.

I believe this is what has happened to the cultural perception of Sherlock Holmes.

He is portrayed as a brilliant but socially and/or relationally irresponsible individual who redeems himself (reaches “likable character” status) through selective niceness. It seems to me that those who don’t identify directly with Holmes frequently do with Watson, and so any harshness or undiluted rudeness to others is glossed over. Sherlock (BBC iteration is freshest in my mind) has proven his worth by being willing to die for the few he loves.

That action is enough to redeem all his other faults, apparently.

Sherlock’s familiar attitude is well summed up in a painfully honest assessment of another admirer, Jane Eyre, speaking of her employer, Edward Fairfax Rochester.

He was proud, sardonic, harsh to inferiority of every description: in my secret soul I knew that his great kindness to me was balanced by unjust severity to many others. He was moody, too; unaccountably so.

…I believed his moodiness, his harshness… had their source in some cruel cross of fate. I believed he was naturally a man of better tendencies, higher principles… I thought there were excellent materials in him; though for the present they hung together somewhat spoiled and tangled. 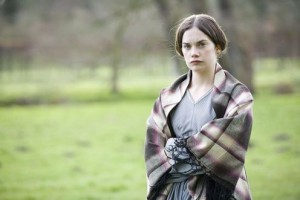 As the more Sherlockian of the Watson/Holmes pair, and the more Jane of the Eyre/Rochester pairing, I see a great deal of personal indulgence on both sides.

First, you have an adoring subordinate who revels in the superiority of the other. This is an egotistical indulgence on the part of the writer who is (perhaps) an unacknowledged genius, creating a socially-acceptable display of their deepest hungers and wish-fulfillment.

Then, for Jane’s, or John’s (or Sherlock’s fans) part, they latch so much on to the selective kindness of a man “harsh to inferiority of every description” that they seem to let themselves be flattered at his mere acceptance. It is high praise to escape his harshness, and that awareness only magnifies the felt-kindnesses of a man who actively proves his ability to be kind when he wishes to.

An interesting thing about Sherlock’s kindness is that it is not so much overt choice (“I should be kind to this fellow creature”) as it is his form of need (he needs a mirror, a prism, a case, applause), creating a vacuum for another individual to fill. The reason he has so few connections in his world, so few deep friendships, is because he acknowledges so few needs.

The magic of John and Sherlock’s relationship is that they are both content with what the other is naturally willing to give. It is a nearly effortless exchange.

Most relationships require giving a bit more than we’re ready or comfortable to give, and that is why most relationships grow and shape us. But there’s no denying the rest of an unchallenging, natural friendship.

I enjoyed the BBC Sherlock until the third season. At first Sherlock’s uncalculating (one might even call it clueless) cruelty was almost endearing. The idea that someone this smart and perceptive could miss out on such basic, human elements was comforting in a way.

It is also our culture’s standard way of saying “There, now: aren’t you glad you’re not *that* smart? It would totally ruin your life!”

Leaving out the studies showing those with the highest IQs actually tend to have excellent social skills along with highly integrated and successful lives.

Then in the first episode of season three, Sherlock knowingly puts his best friend, John through a ringer (emotional abuse I found personally triggering).

Season three seemed to be trying (over all) to show the growth of Sherlock’s character and social awareness. I argue that the emotional abuse it did show growth, but in a deeply disappointing way– that he was consciously manipulating, now rather than jerk-walking obliviously over these people.

Contrast this with the Sherlock of the CBS show, Elementary. (Hater comments will be deleted;  this is a discussion of storytelling choices, not who you’d rather take to dinner.) 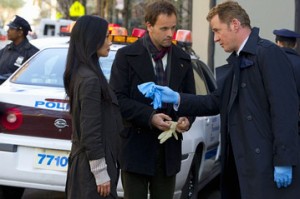 This Sherlock is aware of his effect on others, and runs roughly over people, but over the two seasons of his association with his Watson, and the highly interpersonal relationship-building/ accountability of the NA culture, he has grown a level of awareness that brings him from the demigod status of the BBC Sherlock, to a satisfying and rounded character that is imperfect and growing, even in his own sight (which is arguably harder).

In an episode this month, Sherlock learns of the death of a long-time acquaintance. It was an overdose-related death, sparking a level of introspection and growth-process that (as someone watching from the fringe of a Recovery community) I am thrilled to see on popular television.

He brokenly tells Watson what I opened with:

“Misanthropy was so much easier.”

For the writer as well as the character. But the longer a storyteller lets that characteristic define (or dominate), they run the risk of that flanderization. If the core character doesn’t change, the characters around him or her must.

They can become callused, accepting the abuse of others, or they become less strong, accepting abuse themselves, or taking responsibility for the poor behavior of the friend they accept so completely (“Just the way they are”) that they won’t call them out.

Granted, both Watsons have moments (on-screen and implied) where they’re working on their Sherlocks.  So far it’s this ‘misanthropy was easier’ line that speaks the most to me about valuable growth. Elementary‘s Sherlock has acknowledged an internal change, and he’s not sure he likes it. But it’s here, now, and a part of him is going forward.

What I hope for (as a story-lover) is a character rich enough that he is still recognizable as himself whether or not he takes every opportunity to be thoughtless or cruel in small ways; whether or not he fits the caricature of the (poorly read) Sherlockian fans.

3 thoughts on ““Misanthropy Was so Much Easier.””