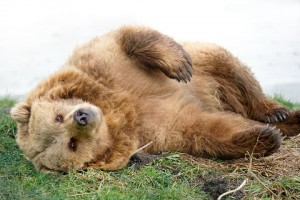 I had a very unsettling experience this weekend that I’m just gonna go out on a limb and call a spiritual attack.

Over the last month and a half, I’ve had the privilege of sitting in on a peer/lay-led women’s bible study group. No set curriculum, instead, each woman signs up to teach on something that is important to her. They meet 2nd and 4th Fridays of each month (in case any local folks want to join us) and have been a haven of openness and challenging ideas.

Rather my perfect storm. In a good way.

Friday night, as I left, everyone made sure to hug me before I was gone, and two of the women, along their polite “we’re glad you’re coming”s added, “You have so much to add. Your breadth of knowledge is really impressive. You really are very smart.”

I don’t know when the shift happened for me, but some point after becoming an adult (maybe it was even after the depression, but at some point) my desire for affirmation and validation shifted from “You’re beautiful” (which I used to need very much, and still now is nice) to “You’re smart,” or “I admire you.”

Deeply affected, I thanked them for their compliment/kindness and headed home with an unnameable something broiling in my body.

It only got worse through Saturday. I was busy most of the day, so it kept to a low level, almost unnoticeable. But in the evening, when I was able to sit with myself, I felt that I was experiencing something utterly new to me.

All the emotions that I recognize have been in circulation since before I can remember their beginning. This was new. It was uncomfortable.

I sat and wrote a stream-of-consciousness essay to get a grip.

“To allow hope into the heart is to open oneself to bitter disappointment.” (Line that made me pause in my current read, Heart’s Blood, and shift to writing.)

I told Jay tonight that I felt a new emotion. The first time I can remember feeling something new and undefined. The roots of everything else are deeper than memory.

It feels like a head cold, but with an extra ball of wax in my throat, and a layer of pond muck in my lungs.

It feels like a numb terror, like I’d be afraid if I had any more energy. Like I want to run, but know it is exactly the wrong thing to do, as if I am facing a bear.

And maybe the right thing is to treat it like a bear presence. Back away slowly, keep my eyes on it, and find a secure tree to climb. Dropping to play dead would be a last resort, but not out of the question.

And what’s so traumatic (you may rightly ask)?

(And now the tears are running down my cheeks and I’m blocking out the list of other reasons I’m raw enough to notice this new feeling.)

It hit me like a huge wet towel that I now have something to lose. And the awareness is everything I described above.

I’m having to engage all of my mind not to run away and hide.

I want to be hopeful, and I fear having a named hope that can be lost.

We talk about vulnerability, and “taking off the mask,” but what if the underneath is just more of the same? The other 90% of what people handle okay at the 10% level?

That’s what leaves me breathless.

This morning during prayer-time I thought about how Satan’s big lies include not just “You are unloved,” but also “You are unlovable.” 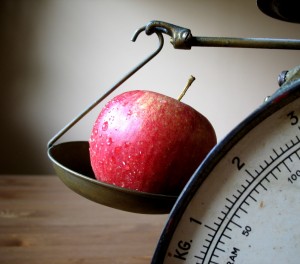 I am enough of an empiricist that I can reject that first lie as literally untrue, but because “loveable” holds more connotations than simply able-to-be-loved, (holding an implication of sweet, adorable, inherent attractiveness) hearing “unlovable” was not so plainly a lie.

Having experienced rejection a bunch, I knew there was a lot of stuff about me that just turned people off (notice there I said people, not some people. That was a flag). And so, knowing this “honest” stuff about myself, I moderated most of the “you’re amazing” comments from random people who don’t know me well, straining them through the hyperbole filter.

I know real love, though, and genuine acceptance. Each time it enters my world I’m gobsmacked. I like it, sure, but I hold loosely, treating it like a timid, wild thing, feeling honored that it has paused to trust me, to share it’s presence.

Having these individuals in my life didn’t disprove the lie (“I am unlovable.”), the lie (feeling true) only made their love and acceptance seem that much more amazing. It proved their awesomeness: they were exceptions to some fundamental law of nature.

The change Friday night was that this wasn’t just an individual I’d “clicked” with, that I carefully read, or opened to, or exchanged with. This was a whole group. This was “making friends.” Not just “finding a friend.”

Like I said, it created all. sorts. of emotional turmoil in me. But I think it also shattered a paradigm– exposing sharp edges that cut, and made me bleed– and birthed a new paradigm. Because (here comes the question):

What is the tipping point?

These people who love me are extraordinary. Their love is real, I’ve trusted that a long time, but I also saw it as a fluke.

I wrote out those two lies and stared at them a while. Taken naked, they are so easily seen.

When do I quit calling those who love me the exception to the rule, and agree, yes, I am loveable?

And what I believe God impressed on me this morning is that, while their love is a gift: precious, wild, even rare in its uniqueness, it is not a fluke. It is God’s plan in action.

One thought on “Made to be Loved”