I am a female novelizing fairy tales, with the goal of publication.

I have two daughters, ages 7 and 8, who love stories and princesses and “glamor” and dressing up.  They talk about  the man they’ll eventually marry (though they acknowledge they might not know him yet), and the sort of choices they’ll make when they’re mommies (some like mine, some different).

So discussions about “gender inequity” in stories and challenges like the Bechdel test intrigue me, as a woman, a mother of girls, and a storyteller.

But I sometimes wonder how much I actually care, since some of this is choosing where to look, and some of this is having enough hope to look in the first (or second, or third) place.

Now, to start with, I’ll be the last person to argue that there aren’t more male-centered stories.  That’s not my point.  What I think when I look at the list of movies that “don’t pass the test,” (that is, they don’t have two or more named female characters talking with one another about something other than a male), I don’t think, The slimeball writers left out the women!

I ask, Was it a good movie/story anyway?

Maybe I’m a storylover first and a woman second.

Maybe more than seeing surrogates for myself or my daughters in interesting/tragic/life-threatening situations I want to have an emotional journey.

I want to experience things I’ve never felt before, find words or images for something previously ineffable, or relive something that is over but an exciting memory.

So I watch Lord of the Rings, Stranger than Fiction, or a romantic comedy for an echo of that unexpected spark that surprised me when I first realized I loved the man I ended up marrying.

As an adult, I’m not particularly looking for “role models” or ideas for relationships or interaction.  Ms. Bechdel’s test is an interesting piece of trivia, but not relevant to my storylife.

As for my girls I’ve never had the illusion that they will find adequate role models from movies. When poor choices are in front of our eyes we pick them apart, discussing motivations, connecting cause and effect.

Yeah, being the children of a storyteller can be hard sometimes. For the record we actually don’t pick stories apart that much, but when anything seems settle really deep we try to make sure it settles in a healthy context.

So I suppose that has never been a pressure in my mind.

I don’t feel bothered by their attraction to beauty or babies or the ideal of marriage.  It is the life I hope for them: one where they are happily married and raising a family.

Statistically that’s what’s going to happen anyway, so why not prepare and make it something to look forward to?

We are surrounded by hard-working, kind-hearted women who know how to listen and how to speak.  These are the role models I want all three of my children to key off of.

But what about the stories?!

Yeah, I have a collection of those, too. Mostly picture books, because that’s what I’ve spent to most time with in recent years,

They tend to be traditional so they conform to some *tsk*tsk*able norms (daughters suffering for a father’s “sin”?) but I roll with because every story needs an inciting event.  And girls will always be surrounded by people and circumstances stronger than themselves.  I feel it’s more important what they do next.

And, yes, in a significant number of these stories the girl has help.

I’m glad for that: I never want any of my children to assume they have to do enormous tasks in isolation.  I pray they will always be surrounded by healthy, loving people who with share their burdens.

Most of those next time. 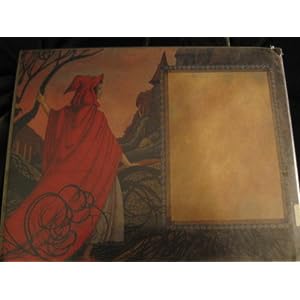 The original “girl power” story where a youngest-daughter outwits a giant multiple times to achieve “happily ever after” for herself and her sisters.

(Of course, in accordance with the era of telling, security means a good marriage.  This will bother some readers, so I’m giving notice.  But I actually  agree with the basic assumption that together is a better way to live than alone.  When one can assume it’s a healthy together.

Which I will for the purposes of storytelling.) 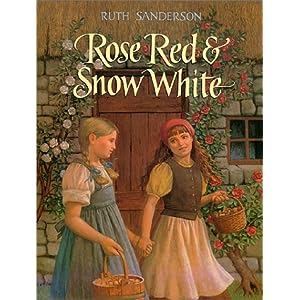 A gentle story about sisters trying to do the right thing.

Provides some opportunities to talk about how we interact with strangers, and a chance to watch two  sisters who can be both different from one another and equally good. 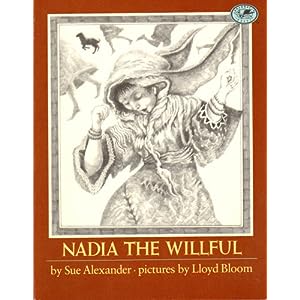 Nadia the Willful by Sue Alexander

A careful story about a passionate girl learning how to deal with her temper and how it is tied to her grief.

Standing up to an equally (but differently) grieving father takes courage but provides a way for them to share, and ease, one another’s pain in loss. 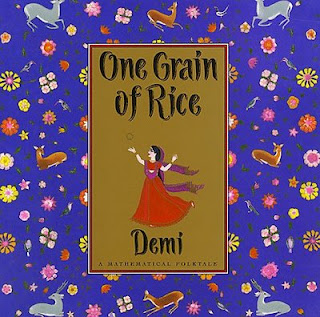 One Grain of Rice, written and illustrated by Demi, takes the familiar tale of multiplication and sets a young single woman in the pivotal roll without marrying her to the sultan in the end.  Solid win.

Savina, by Ann Tompert, is a fabulous story of community integrity and the power of life.  While the inciting incident (a king’s jealousy) stretches my credulity, the story moves through its paces with the assurance of a folktale, culminating in the girl’s final act of confidence and bravery that not only lives on in community legend, but succeeds when it is most needed. 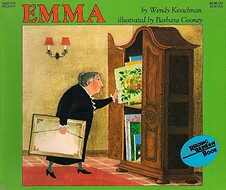 Emma by Wendy Kesselman is one of those rare picture books about the elderly, and in that alone is worth at least a look.

It is the story of a woman who chooses to take up painting after the age of 70 and proceeds to build a satisfying life with her art.

I’ve still got a stack of books to share, so I’ll keep going on this topic next time.

For all that I sympathize with women who feel disenfranchised by the surplus of men-centered entertainment and stories, I also want to just get on with it.

I want a good story with real relationships, and find we don’t have to remove men from the stories to find depth of connection.

This isn’t to say I have everything I want; you could argue dissatisfaction is one motivation to write.  I just don’t want it to be the central purpose.

For months now I’ve desired to create an equally thought-provoking “Helmericks Test” to gauge story-elements without being gender-based.

Here’s what I’ve got so far:

Another word for this is sacrifice.

Granted, this doesn’t narrow the field nearly as much as Bechdel’s test, so it won’t fit everyone’s purposes.  But I think it could eventually be shortened to the H-Test, as in, does this story (television show, movie, novel) have heart?

And, perhaps, the rest of our stories.