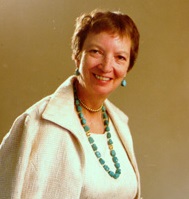 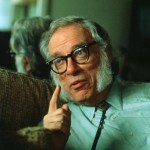 The true delight is in the finding out rather than in the knowing. — Isaac Asimov 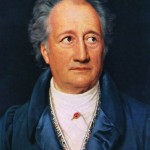 I respect the man who knows distinctly what he wishes. The greater part of all mischief in the world arises from the fact that men do not sufficiently understand their own aims. They have undertaken to build a tower, and spend no more labor on the foundation than would be necessary to erect a hut. — Johann Wolfgang von Goethe 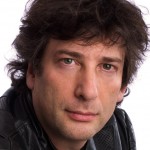 This is how you do it: you sit down at the keyboard and you put one word after another until its done. It’s that easy, and that hard. — Neil Gaiman 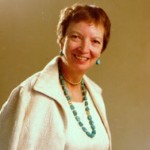 I knew that the moment I started worrying about whether or not I was good enough for the job, I wouldn’t be able to do it. — Madeleine L’Engle, A Circle of Quiet

There are two major contingents of writers, according to many discussions.

These consist of “Pantsters” (as in, seat-of-your-pants) and “Planners.”

In contrast, what you hear from these writers I opened with is that there is more to the process than planning or flying free.

There is also the discipline of doing the work, and the psychological readiness to take on the weight of creation.

The most important thing I wish to communicate is that you stand your ground, take hold of the spirit in L’Engle’s words, and don’t let anyone tell you you’re doing it wrong.  If your method works, you’re doing well. But also remember that there is usually a place where the work becomes work and that is not a shame or a sign you’ve screwed things up.

The inspiration will fade at times, and you’ll have to slog on in the assurance, the confidence, that you’re headed in the right direction. But the delight will come back, like the tide. And in those ebbs and flows of creative energy you will learn new things, just as you see more in tide pools, once the ocean has retreated, so pressing on will allow you to understand more than you might in the white heat of inspired creation.

By all means take some of your research time to experiment with other methods that fit you and your personality, but if something hurts and never brings joy, don’t stick with it like vegetables when you could be having ice cream.

As withyesterday’s likes and dislikes, there is a possibility that your history and wiring nudges you toward the dislikes and the discomfort just because it feels more virtuous. Unless it actually improves the work or the process, you get to choose the ice cream!

This might be one of the only places where you always get to choose what you enjoy– Relish it!

The bonus advice I suggest is to pick up Dorthea Brande’s book, Becoming a Writer. Preferably the 1981 version with John Gardner’s introduction.

Brande does a wonderful job stepping back from the questions and techniques of process or outlines and focuses on the writer him/herself.

I suppose there are writers without personal insecurities, and nothing between them and the page but those questions of technique.  For the rest of us there’s Dorthea Brande.

In the words of Gardner’s introduction,

The root problems [in writing] are the problems of confidence, self-respect, freedom.

What the stalled or not-started-yet writer needs is some magic for getting in touch with himself, some key. The writer needs to know what kinds of habits of thought and action impede progress, what unnoticed forces undermine confidence.

Of course, the answers to these riddles will be unique to each writer, but in my experience just having this list in front of me has helped in applying their truth.

So if you feel more secure with an outline, make an outline. Don’t let that inspired writer you know tell you it has to “just come” to be any good.

There are loads of resources for the googling. Just put in “how to write a novel” or “story structure” for starters. Scads of stuff for the browsing.

If you feel tied down at the very thought of knowing anything ahead of time, by all means, roll with it.  Chris Baty’s book could be especially useful to you.

Most of us though, at least from the people I’ve talked to, are somewhere in the middle of that spectrum.

I call what I do, “Driving by the headlights.” 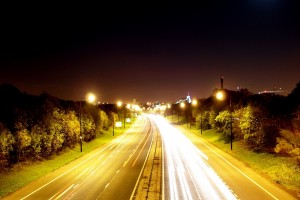 Since I (at least loosely) base most of my novels on fairy tales or existing narrative structures, I follow the path and the destination without having to invent the outline myself.  But I “pants” it as I go along the road, picking up hitchhikers (new characters) and off-roading a bit (sub-plots as I discover them).

Do what you can to get ready, especially if that makes you more excited about the novel you will write, but use the time to tell yourself this is real, and trust that you will figure it out.