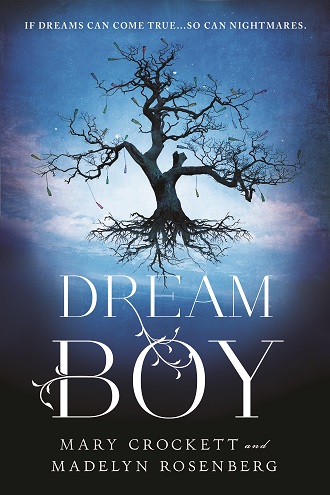 A girl’s romantic fantasy comes to life: a handsome, respectful, accommodating young man– literally the guy she’s been dreaming of– walks into her life, with no goal other than to be her boyfriend and make her happy by being everything she wanted in her secret soul.

When is the other shoe going to drop? Because we all know he can’t be that perfect, can he?

(Potential spoilers ahead: read at your own risk.)

Most stories about dreams-come-true seem to have a Be careful what you wish for element to them.

I never really thought about it before, but those can send a very strong “You can’t (shouldn’t) trust yourself” message.

So that’s what I expected here.

I expected Mr. Perfect to get overly possessive, or more physically demanding than our narrator wanted, or screw up his backstory and get found out. But he didn’t.

He genuinely was what she thought she wanted, and the relationship exploration/development was not about his character so much as it was Annabelle’s discovery of whether she wants what she thinks she does. I thought it was interesting that (despite her power– having created a personalized, ideal guy for herself) Annabelle still displayed good (if misguided) efforts to adapt or compromise within the relationship.

That is, sometimes her boyfriend had a not-great idea, or a fine idea not well carried out (his choice of a dress, for example). Some could interpret her acceptance of a bad dress as capitulation and “losing” herself/her independence (maybe it was, we could talk). I felt it could also be a 16-year-old way of saying ‘You don’t have to be the only one who adapts.’

(This book was provided by the publisher before the release date of July 1, 2014, free for my review through Netgalley.com)